The awards in the Traditional Grant Program totaled $175,000 and went to:
• Clifton Sanitation District for Sewer Line Rehabilitation in the amount of $75,000;
• Mesa County Public Library District for the East Library Project for the partial funding amount of $100,000

The award in the Mini Grant Program totaled $50,000 and was made to:
• City of Fruita for Cedar Way Infrastructure Improvements in the amount of $50,000.

Entities eligible for these programs are limited to the state and its subdivisions. Grant awards are evaluated through a scoring process that examines important factors such as ability to address the impacts of energy extraction, long-term value, and sustainability of the project.

###
Mesa County Federal Mineral Lease District (MCFMLD) was established in 2011. The MCFMLD serves a mission to enhance positive social and economic impact in Mesa County from the development, processing and energy conversion of fuels and minerals leased under the Federal “Mineral Lands Leasing Act” through strategic grants, partnerships and leadership. For more information, or to join in the conversation, please visit our website at www.mesaFML.org. Join us on social media, using hashtags #MesaFMLD or #MCFLMD, on our Facebook page at www.facebook.com/MCFMLD or twitter at www.twitter.com/MesaFMLD. 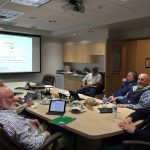 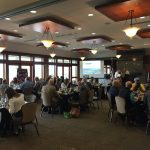